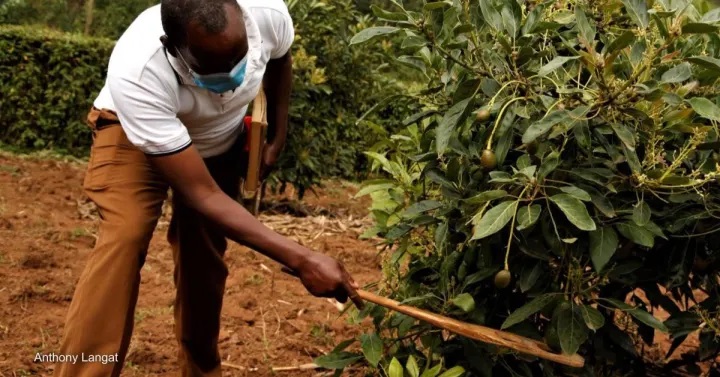 By Anthony Lang’at for Devex

Nearly 20 years ago, Edward Koskei planted 700 eucalyptus trees on his farm, along Berea village’s Ngetunyek River in Bomet Central, Kenya, after friends had informed him that the trees were a good investment. But it didn’t take long before he started noticing that the river’s volumes were decreasing.

The towering eucalyptus tree is popular among Kenyan farmers due to its fast growth and suitability for timber and pulp — which has resulted in readily available markets. But the hectares of eucalyptus planted along rivers and tributaries in the Bomet and Narok counties in Kenya’s South Rift region have devastated the Mara River in the Mau forest.

The volume of the river — running through the two counties and across the border with Tanzania — is depended upon by many downstream, but has been decreasing drastically. The reduced water levels affected the wildlife in the Maasai Mara Game Reserve in Kenya and Serengeti National Park in Tanzania and also led to food insecurity among people in the basin.

In response to this devastation, conservationists have convinced farmers such as Koskei to replace their eucalyptus trees with avocado trees, which have come to be appreciated for their contribution to environmental conservation and income generation.

A study on the impact of the eucalyptus trees found that they deplete groundwater, dominate other tree species, cause loss of soil fertility, and negatively impact local food security as they lead to rivers either drying up or reducing in volume. In comparison, avocado trees use less water and generate more income for the farmers as they don’t have to be cut down for sale after a while like the eucalyptus.

Joseph Kones, the vice chairman of the Mara River Resource Users Association, said they started encouraging people living close to the forest to plant eucalyptus trees in the mid-2000s. But farmers living near rivers began planting the trees along the river in order to save their land for other crops, and in a few years, those rivers’ water levels started dropping. Springs were also affected, and some began drying up.

“We taught farmers to plant the tree in woodlots, not all over and not along the rivers. It soon became a challenge, a big mistake and we couldn’t control them,” Kones said.

Oscar Simanto, the principal officer, outreach, and liaison at the Kenya Forest Service, said the Ministry of Environment and Forestry discouraged the planting of eucalyptus trees along rivers and water catchment areas.

In 2009, the ministry also ordered that trees along rivers and in water catchment areas be cut. But enforcing this order proved to be a challenge as the government failed to monitor farmers and did not put any legislation in place to regulate the practice.

But in 2012, Kones and Benson Rono, former secretary of the Mara River Resource Users Association, came across Mara Farms, an organization that was looking to convince farmers in the Bomet East constituency to cut down the trees in exchange for free avocado seedlings.

Though the task of convincing the skeptical farmers to switch to avocados proved to be a challenge, Koskei and some other farmers in the region began planting avocados in 2012.

“We were giving them 40 seedlings each and we gave them to hundreds of farmers. Many planted them but only a few took care of the plants,” Rono said.

But two years after planting the avocados, the farmers in the region began seeing the financial benefit of the fruits, as they were able to sell the avocados for 35 Kenyan shillings ($0.35) per kilogram. Following this success, more farmers started cutting down the eucalyptus in their farms to make room for avocados.

In 2020, some of the farmers decided to form the Berur Horticulture Farmers Cooperative Society to bargain for better prices as their production capacity increased. The cooperative has since partnered with Biofarms, a company that exports avocados and passion fruit. Together, they received funding under the AgriFI Kenya Challenge Fund, a European Union and SlovakAid funded project managed by Self Help Africa.

According to Ray Jordan, CEO at Self Help Africa, the fund aims to help smallholder farmers practice environmentally sustainable and climate-smart agriculture as a business. Through the funding, Berur is establishing a certified avocado nursery and Biofarms is setting up collection centers, as well as a grading and packing facility.

Festus Rono, the chairman of Berur believes that with good seedlings, more farmers will be convinced to switch to avocados.

“The high cost of seedlings has been a hindrance for many farmers. When we have them here, it will be easier to convince a farmer to switch to avocado farming,” he said.

In addition to the financial benefits of avocado farming, residents around Bomet and neighboring areas have also noticed that water levels of the Isei River — a tributary to the Mara River — have improved.

“We drafted a bill and gave it to the county assembly. We are asking them to enforce [it]. It is only with enforcement that people will listen,” he said.

Jordan, on the other hand, said the solution lies in working with smallholder farmers.

“We must work hand in hand with farmers, and with agri-enterprises, to ensure that there is both the economic and the cultural environment that makes it easy for them to conserve the vital environmental resources upon which we all rely,” he said.