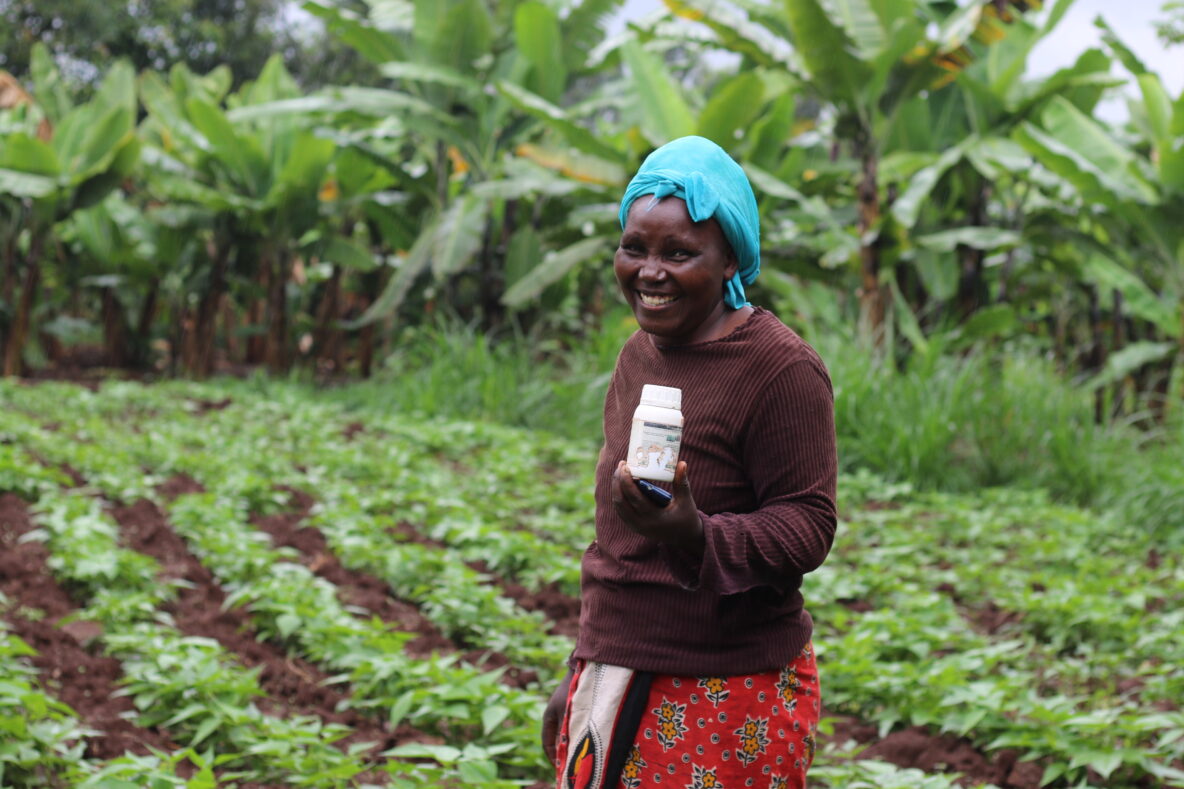 Mary Wanjiru is a farmer in Kirinyaga County who has reaped numerous benefits from the use of Mazao Flourish bio-fertilizer from Real IPM. The 50-year old mother of two has been a farmer all her life and grows French beans, bananas, maize and macadamia on her four-acre farm in Kiamiciiri village.

Mazao Flourish is a mixture of beneficial microbes, which can be used as a biofertiliser for promoting growth and yield of horticultural crops. She has applied the bio-fertiliser for the last one year on French beans on a one-acre portion of her farm. Together with her neighbours, she grows French beans that she sells to companies that export fresh produce to Europe.

Mary has noted numerous benefits since she begun using the product one year ago, ‘This product has been very good to my French Beans and my harvest has increased. It is also more economical to use as I only need to apply a small quantity at different periods throughout the season. I have also noted that the pests and diseases on the farm have reduced greatly.” She also says that other fertilizer products are very expensive and she had to use four different varieties at different stages–conventional fertilizer regimes require application of DAP, 2323, CAN and NPK. She attests that her produce is ‘heavier’ and is thriving. With her increased proceeds, Mary has bought a piece of land where she hopes to put up rental houses to supplement her income. She is also expanding her farm so as to grow more French beans.